What factors are set to have the biggest impact on the business-financing sector?

Posted on 16th May 2017 by Alain Deza and Oswaldo Reyes 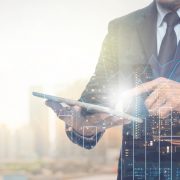 Go to the first part of this article:

Will the AI revolution in FinTech transform the business financing market?

With life made so much simpler by e-commerce and online banking, most professionals and private individuals are fully confident about using web tools for their financial transactions. Public trust for banking institutions, on the other hand, is weak – and it went from bad to worse with the 2008 crisis. So there’s now fertile ground for FinTech to blossom within.

That said, promising as this seems, this new ecosystem is still fragile and severe constraints could lay ahead:

The Financial Stability Board – the international body overseen by Central Bank governors, regulatory authorities and Finance Ministers from the Group of 20 (G20) countries – came together in March 2016 to agree a framework to categorize the different areas of FinTech and assess their potential risk.[1]. The move brings the FinTech sector one step closer to being regulated, though current measures are designed to boost growth and prevent systemic risk. France has followed suit with its loi Macron (Macron law) that permits companies to offer loans of up to two years directly to other companies, providing there’s a direct economic link.

Banks have long drawn on the same front- and back-office operational model requiring time-consuming inter-staff communication. The French regulatory body for the finance industry, the ACPR, reports that overhead expenses have remained stable for a decade, with a cost-income ratio of 65%, 56% of which is staffing costs. If banks are to move further towards digitalization and offer financial services and products to compete with the FinTech sector, they’ll have to be ready to face the social implications of staffing cuts.

In the US, the Millennial Disruption Index[2] singled out the banking sector as being at most at risk from the behavior of Millennials – those aged between 16 and 35 who make up 26 % of the US population.

In France too, Millennials make up a quarter of the population and banks there are facing the same challenges.

FinTechs, as a rule, don’t develop new technologies. Rather they harness them to offer better customer experience and to facilitate new access routes to financial services. Fast take-up of new technologies and agile organizational structures are what are giving FinTechs the competitive edge over traditional banks. They’re offering:

So the risk of the FinTech bubble bursting is real, or at least something akin to it could be. That’s if the industry fails to deliver on its promises or to rein in fraud- or payment-default risk.

What does it all mean for businesses?

The  FinTech industry has brought fresh competition to the market – both among individual start-ups themselves and the traditional banking sector, all to the advantage of the end-customer: the company. Businesses now have easier access to a more innovative and less expensive service offering and the ability to spread risk. They’ve every opportunity to use an alternative to their traditional banking partners and to diversify their portfolios with less cost and risk.

Confidence is a game changer when it comes to decision-making. So FinTech’s easy access to senior executives and final decision-makers is a big selling point. The size and lack of transparency of the big banks, on the contrary, isn’t doing them any favors.

The FinTech customer journey also makes a difference to businesses. The ease and speed of access to the services they’re offering makes the whole process seem simpler and more risk-free. The super-fast loan application approvals they’re giving are a big plus point for companies too. 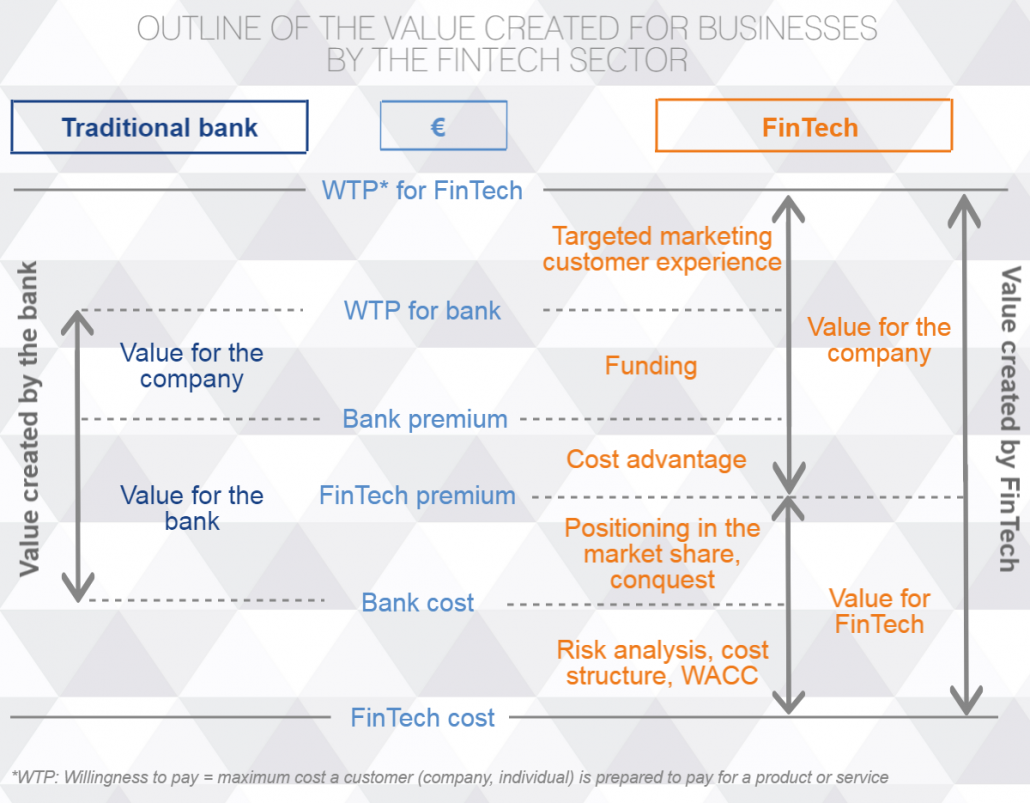 The shake-up of players in the value chain

Despite all predictions about the uberization of the banking sector, the FinTech and traditional banking sectors are actually working in collaboration. From an operational viewpoint, many FinTechs are unhappy about the constraints of having to piggyback their services to bank back offices to manage and oversee transactions. Banks, however, have a clear self-interest in this arrangement to expand their knowledge and control of banking innovations.

That said, it’s rare that any FinTech’s goal is to be the exclusive partner of big business. Some are beginning to shift away from a relationship of dependency. This is happening rather as it did in the early days of online banking when traditional banks sought to minimize disruption and increase take-up by embedding FinTechs within their business incubators (Barclays, l’Atelier de BNPP). 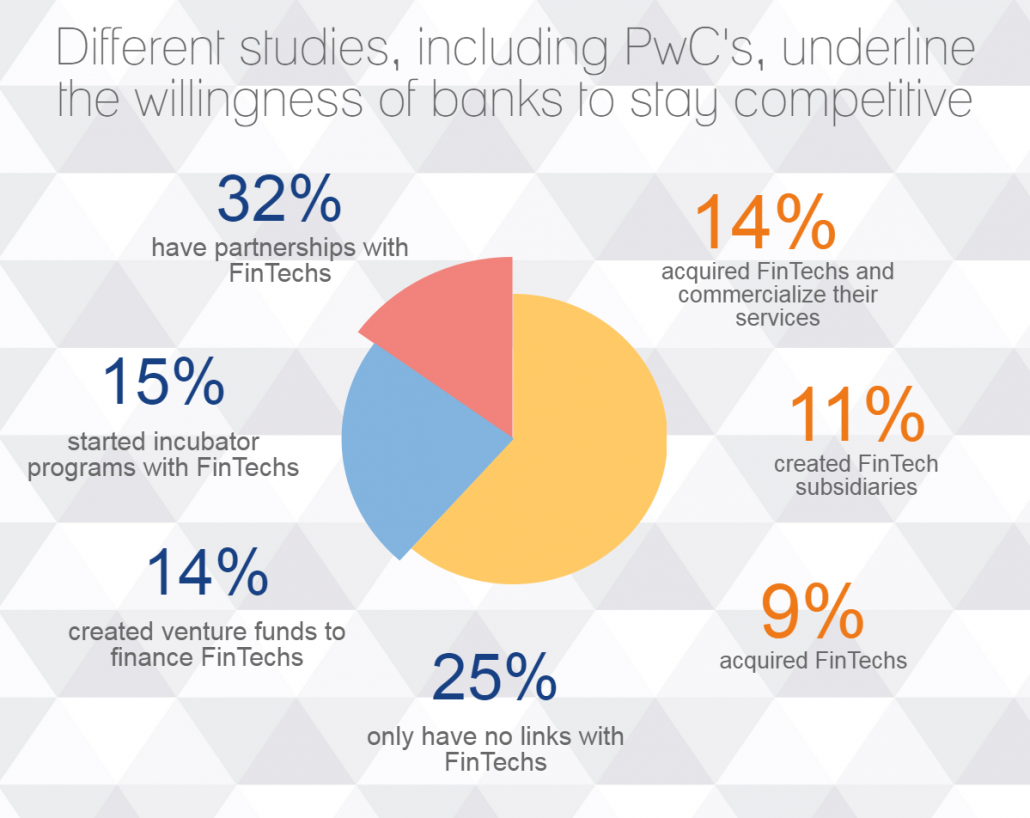 Three main patterns are emerging for the business-financing sector: 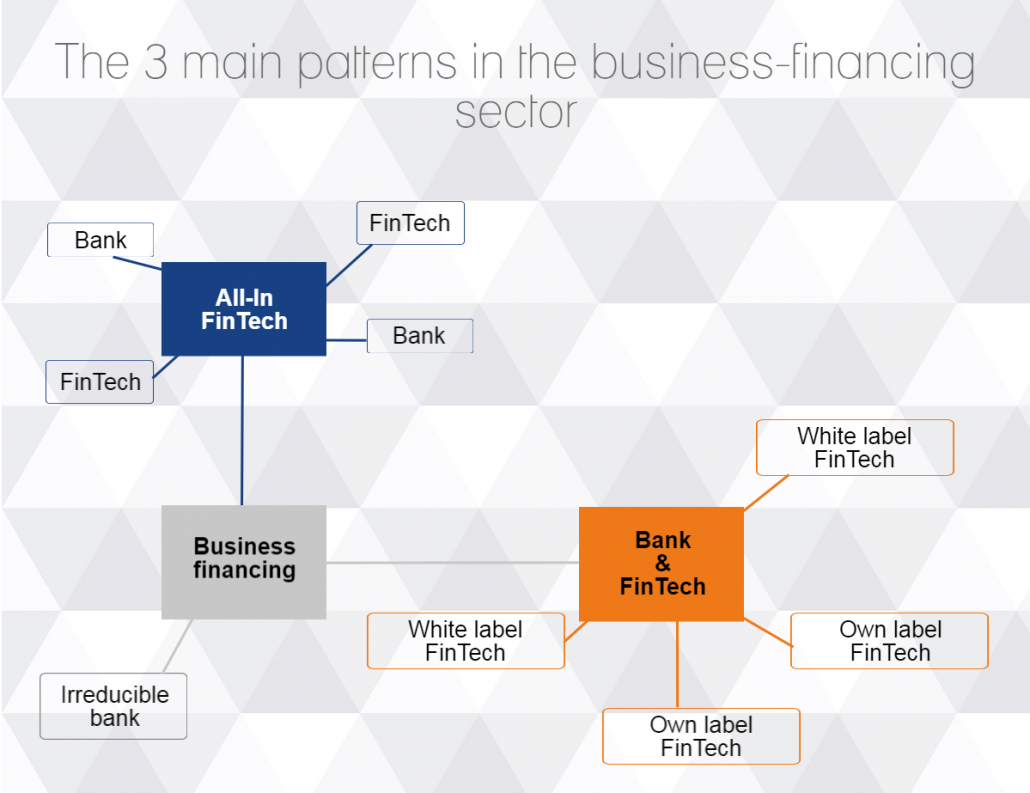 The FinTech becomes the business entry point: it offers its own services, or those of other FinTechs with which it has partnership agreements, or those of the traditional banks. Two such examples would be:

This scenario, which is the most likely one as several players have already set it in motion, is based on strong collaboration via shareholdings, acquisitions, or bank partnerships within FinTechs. With this type of alliance, a bank can meet a company’s service needs via its own channels (notably its branch network) for its usual customers or via digital channels for customers that carry more risk. This set-up has an advantage for the customer company too. It enables it to enter in contract with an established banking institution with a lower bankruptcy risk.

Unlike the previous scenario, in this case the traditional bank opts to manage its expansion internally. It develops its own digital services to compete with FinTechs and other banks that have opted for a collaborative set-up. This scenario requires agility, a change culture and capacity for deep transformation, all of which implies a medium- to long-term time frame.

All this said, banks are well aware of the growing interest in the world of FinTech – and not only as a result of the prevailing market conditions of low interest rates and slow growth that are forcing them to seek out alternative sources of growth and profit.

The proof of this interest lies in their numerous bids to integrate innovation and forge links with new finance players in a move towards ‘coopetition’ (collaboration between business competitors, in the hope of mutually beneficial results). Banks know only too well that they’re still falling short in terms of security management and compliance. And these are big confidence make-or-break factors for customers.

FinTechs, as a result of their size, culture and origin have all the agility advantages. Managing to combine attributes will be key to their success. 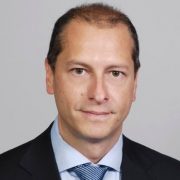