Since implementation, we have been able to absorb the company’s continued growth, quite easily, without the need for additional staff. 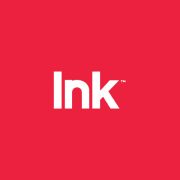 As Ink Global grew, it acquired both bespoke and off-the-shelf accounting software to handle its multiple transactions across locations, currencies and nations.

Last year, James Malone, Group Credit Director, found he was running between six or eight open platforms on his computer at any one time. This was as he sought to co-ordinate the efforts of eight credit controllers across the UK, US and Singapore.

Faced with sensory overload, he concluded that a single system was the only way forward. But it had to be one that could be used across all the locations, currencies and jurisdictions in which the company operated.

Under pressure to keep costs manageable, Malone found himself facing the likelihood of having to let a staff member go, and just as activity was ramping up.

Fill out the form to discover how Sidetrade is now helping the global travel media leader work smarter and improve productivity across the board.

Get your copy now